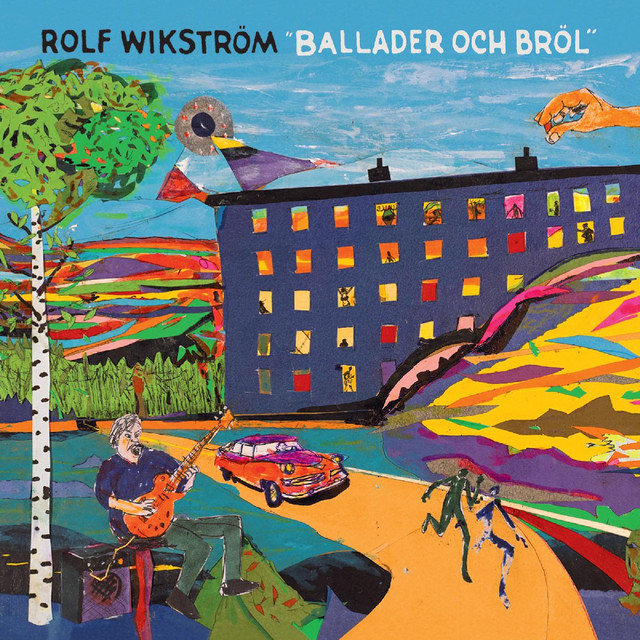 b. Sweden. Considered to be among Sweden’s finest blues guitarists, Rolf Wikström has recorded almost 20 albums in a career that began in the mid-70s. He hardly matches the preferred image of the bluesman - tall and blonde with a middle-class background including a stint as an economist - yet his records tell a different story. That story began as a child when he borrowed his first guitar from his uncle and practised solos he heard on the radio. However, it was only when a television repairman visited that he was informed that he had been playing a totally untuned guitar. Having re-learned the instrument he bought his first guitar, a Fenton Vail, at the age of 14, which he played through a battery-driven radio that served as his amplifier. In his late teens he joined a Stockholm blues band. Such was this group’s legendary capacity for alcohol intake, that they were credited with ending the long-held Swedish tradition of supplying bar bands with free beer. Inspired by Jimmy Page, Wikström then purchased lighter banjo strings for his guitar to give it a distinctive tonal quality and embarked on solo recordings, beginning in 1975 with Sjung Svenska Folk (Sing Swedes!). Since then he has broadened his repertoire from raw, primal blues to encompass ballads and jazz flourishes. He has carved out a successful career in a country noted for the keen reception it affords high quality blues, though in truth he has not been able to export his reputation abroad save for small clusters of supporters in mainland Europe and America. This is of little concern to Wikström, who continues to play live as often as possible, often in support of visiting blues greats such as Charles Brown and Albert Collins.