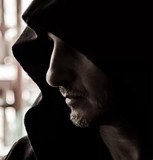 The enigmatic force behind the world’s leading Afro-House music label. MoBlack DJ, producer and creator of the homonymous label MoBlack Records, the revelation label of 2018. MoBlack with its label has published in recent years an incredible series of productions reaching regularly the top of the international charts. MoBlack is a leader and authentic pioneer of the new Afro House / Tech genre in the world. His unique and unmistakable sound has influenced the underground electronic dance music scene and has influenced the market so much; supported and esteemed by the greatest international DJs he is regularly present in their playlists.   MoBlack started djing at very early age plus years of experience in FM local radios and 10 years of experience of living in Africa (Ghana) completed his huge and unique musical background. Since his arrive in Africa in 2003, he has played and shared his faith in sound with local artists. MoBlack project was conceived in Ghana in 2012. In Twi, the major language spoken in Ghana, Mo means "Well done/Congratulation". The idea behind it was to give voice to the amazing talent that focused around House Music from Africa. MoBlack Records first release in December 2013 paved the way for an incredible catalog with tracks consistently charting and acknowledged by the House Community as a whole with the accomplishment of his objective: supporting local artists in the international dance floor industry.