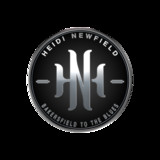 Heidi Newfield’s voice and presence in country music first established her as the center stage star of Trick Pony’s emergence in 2001. The hot new trio exploded as the biggest new sight and sound attraction of the early decade. Armed with a collaborative history of platinum selling albums, Top 20 singles, ACM and AMA Awards to her credit, her distinctive voice and high-octane energy launched forward into a much-anticipated solo career. She was soon back with the 2008 release of her debut solo album, What Am I Waiting For, which birthed her memorable, self-penned solo hit single “Johnny & June”, which went on to achieve RIAA certified gold status now having sold just under a million singles. More than just a pretty face, the diminutive blonde who became famous for her explosive stage presence, trademark fashion, work ethic and dedication to fans, Newfield has always had a handle on her own purpose driven life.