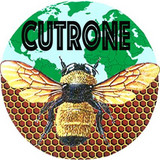 “Something of a mood band, achieving a focused, dynamic vibe that lacks definition” Toronto Indie band Cutrone keeps belting out anthemic pop songs that cleverly combine creative hooks, memorable lyrics and imaginative songwriting. With both male and female singers, Cutrone's songs are able to capitalize on the diverse tones and sounds that each voice brings to the band. Songs have a distinctive “Cutrone band” sound that transgresses genres from synth-wave, pop and

hard rock to combinations with everything from country to world music. With their new synth-pop single Summerland set to be released at the end of May, a second reggae-pop single titled Fake News to be released in July and their follow-up album to Fight or Flight dropping in October 2019, expect a diverse pallet of