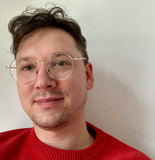 Kubatko is a one man music project from the Czech Republic that produces all different shades of electronic music. Jakub Holovsky (Kubatko’s real name) releases his music mostly on his own label called Beyond Belief. In 2008 he released his first album Should I Run. A combination of house and drum & bass genres. In 2010 he won with his second album Vzduchoplavec an award for the best electronic album in the Czech Republic 2010 (Ceny Andel). In 2012 he released an album Krasohled that was a collaboration mostly with Czech artists. In 2014 followed an album Aucklandia which was produced entirely in New Zealand where Kubatko spent almost 3 years. In 2015 a mini-album Honorifix celebrating his friendship with South Korean artists. In 2018 album Tomtor where Kubatko perfected his drum & bass and house sound. Kubatko managed to sign two tracks on famous drum & bass label “Hospital Records” (Hospitality In The Park and Sick Music 2018) and his music was played in podcasts of London Elektricity and other “Hospital Records” artists. Soundtrack and sound making is also another passion of Kubatko, exclusively collaborating with Hexage – some of their games reached millions of downloads which gave Kubatko a good exposure – especially titles Radiant, Radiant Defense, Redcon and Reaper. His passion is music without boundaries, switching genres and moods while keeping the original Kubatko sound.