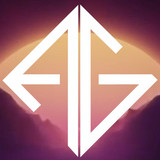 Airglo has etched his abstract, yet versatile artistic palette into the dark and arduous halls of the underground. Through a consistent timeline of musical achievements and an unapologetic thirst for live music, Mikael’s focus-fired work ethic streamlined his upwards trajectory into what he’s established today. Mikael began his musical expedition at an early age in Eastern Europe. After graduating from some of the most decorated musical institutions in the world, he set his aggressively-determined sights on breaking into the ever-growing world of electronic music. Delivering perception-shattering beats aligned by a diabolically-melodic musical prowess, Oganes’ sonic skill set is now an unadulterated force to be reckoned with. Be it the product of his radical self-reflection materialized intravenously with every composition, or his insatiable appetite for exploring the sonic possibilities of a diversified soul-sinker, the next chapter of this undoubtedly-talented artist’s story has only just begun.