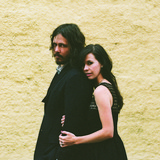 An Americana, folk, and country duo formed around guitarist John Paul White and vocalist Joy Williams, the Civil Wars made a quick name for themselves with the release of a digital album, Live at Eddie's Attic, in 2009. The Poison & Wine EP followed later that year, and the duo partnered with producer Charlie Peacock to begin recording a full-length album in 2010. The result, Barton Hollow, was released in February 2011, topping the digital charts and cracking Billboard's Top 20 during its first week. Live at Amoeba appeared in the spring of 2012, and although rumors of a split for the duo circulated, two projects appeared in 2013, the soundtrack to the movie A Place at the Table, which saw the duo working with producer T-Bone Burnett, and a new full-length studio album, the self-titled The Civil Wars, which was released at the end of the summer. Although it debuted at number one and earned strong reviews, it proved to be their last. White and Williams issued a statement in August 2014 that they had "regretfully decided to permanently part ways." ~ Chris True