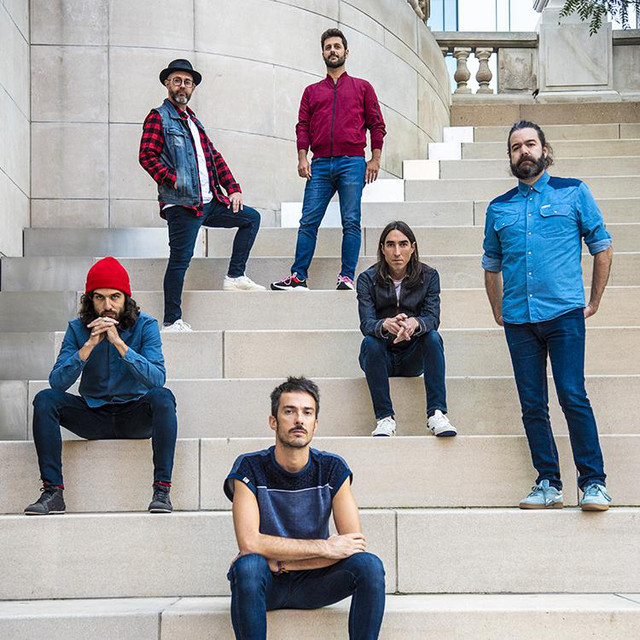 (drums), Álvaro B. Baglietto (bass), Jorge González (percussion/programming), and Guillermo Galván and Juanma Latorre (guitars and keyboards). Vetusta Morla has always been characterized by lacking any prejudices when it comes to enriching their songs with elements borrowed from other and distant rock styles. It is also known for their evocative lyrics, and full of imagery, that add an unusual richness to the whole. The sextet has always been acclaimed by the audience and critics alike since they released their debut album in 2008, eventually epitomizing the boom of live music in Spain. Three Platinum certifications ('Un Día en el Mundo', '15151' and 'Mismo Sitio, Distinto Lugar'), three Gold certifications ('Mapas',' La Deriva' and' Mismo Sitio, Distinto Lugar' in a month) and three 2018 Latin Grammy nominations for 'Mismo Sitio, Distinto Lugar' (Best Alternative Album, Best Alternative Song for 'Consejo de Sabios' and Best Packaging Design) are just some of the numbers that support this band. In 2018, a new milestone was reached with 'Mismo Sitio, Distinto Lugar Tour', when Vetusta Morla became the first Spanish band of their genre gathering a record of 38,000 people in a headline concert, the one held on June 23 in the esplanade of the Caja Mágica de Madrid. This show received the Ondas Music Award as "Best Show, Tour or Festival". www.vetustamorla.com