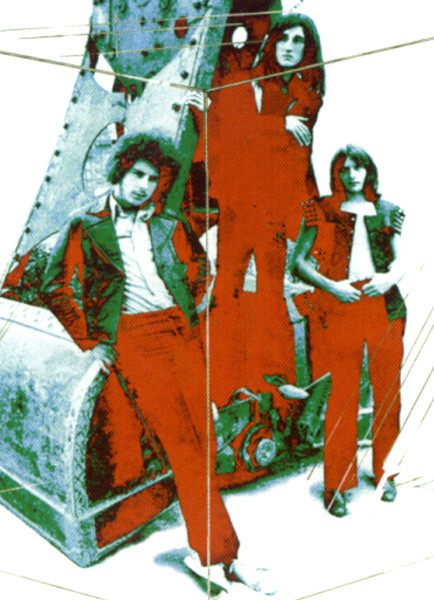 Atomic Rooster was a British progressive-rock group formed in 1969 with an original lineup of Vincent Crane (organ), Nick Graham (bass), and Carl Palmer (drums). Their debut album, Atomic Rooster, hit number 49 in the U.K. in June 1970, after which Graham and Palmer left the group. Crane maintained the name and recruited guitarist/singer John Cann and drummer Paul Hammond for the second album, Death Walks Behind You, which hit number 12 in the U.K., where it featured the number 11 single "Tomorrow Night," and number 90 in the U.S. Pete French of Cactus assisted on the third album, In Hearing Of, which featured the number-four U.K. single "The Devil's Answer" and reached number 18 in England and number 167 in America. Then the group split up again, and again Crane assembled a new Atomic Rooster, this time featuring singer Chris Farlowe, guitarist Steve Bolton, bassist Bill Smith, and drummer Rick Parnell. Made in England reached number 149 in the U.S. in 1972, but the group had split again by 1974. Crane fronted lineups of Atomic Rooster into the '80s, before taking up with Dexys Midnight Runners in 1983. In 1989, he committed suicide. ~ William Ruhlmann, Rovi