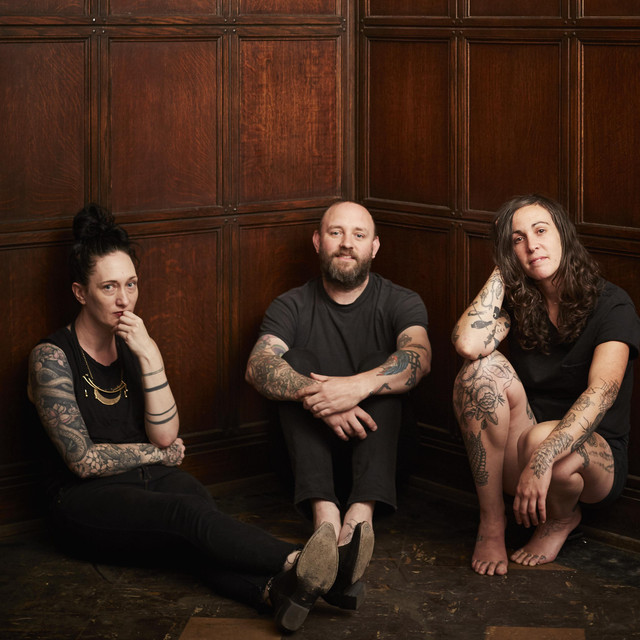 Josh Staples (of The Velvet Teen), Sara Sanger & Julia Lancer, along with Michael Richardson of Benton Falls, formed The New Trust in early 2003, first as a vehicle for a handful of short, upbeat & dark, punk-tinged-pop-songs penned by Staples, but over the years have evolved TNT into a true collaborative vision of the three remaining members. Darker, starker, and more quixotic than ever, The New Trust’s sixth album, “Upset The Tides” emerged from writing retreats to Lancer’s new home in Michigan, where the band would focus on completing a few songs at a time, perform them throughout the Midwest, and then return to Northern California to perform & record with friend and engineer, Jack Shirley (Comadre, Loma Prieta, Joyce Manor). The new album is reminiscent of the band’s beginnings – with ten songs in just around 30 minutes – but stylistically more lush and thoughtful, with recurring melodies and themes abound, surely reflecting the directions in which the group has grown in regards to both both their art and lives. Josh Staples, bass/vocals. Sara Sanger, guitar/vocals. Julia Lancer, drums.