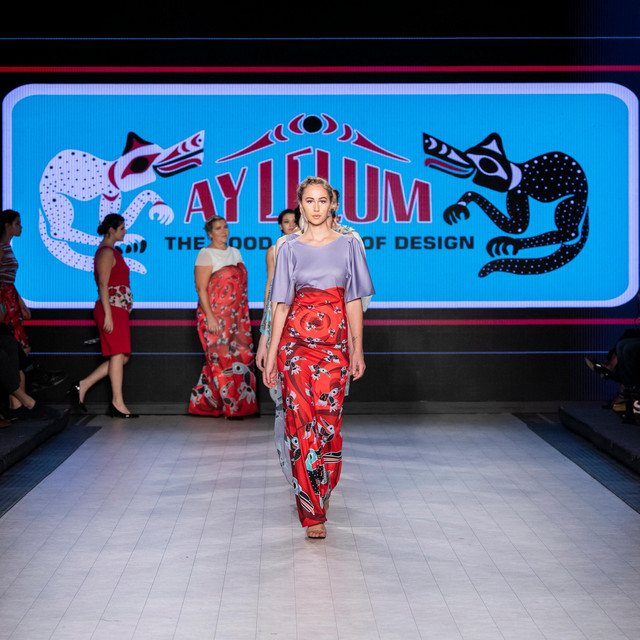 Ay Lelum is a second generation Coast Salish Design House and Recording Artist from Nanaimo, B.C.. Sisters, Aunalee and Sophia record music in Hul'q'umi'num language and English as part of the design process for each collection, capturing the essence of Coast Salish culture through art, language, music and fashion. They feature Traditional Coast Salish Art by their Father William Good and Brother Joel Good from the Snuneymuxw First Nation in each collection, making their fashion and music launches a modern form of story-telling. Their music is inspired by cultural teachings, stories, songs and artwork taught by their Father, where they often feature him while following strict cultural protocols. Each song has a unique attribute, like having a family member participate, also by using traditional instruments, and non-conventional instruments such as having the sound of carving wood, wool strands or spinning wool incorporated into the beats by Rob the Viking. They combine ancient and traditional art forms with modern wearable art garments and beats, while designing their collections for the runway with each song. Ay Lelum has been awarded the distinction of the 2018 Indigenous Business of the Year Award in their category through the BC Achievement Foundation, Top 5 Best Marketer 2019 through Small Business BC and has showcased at numerous Fashion Weeks since their debut in 2018.