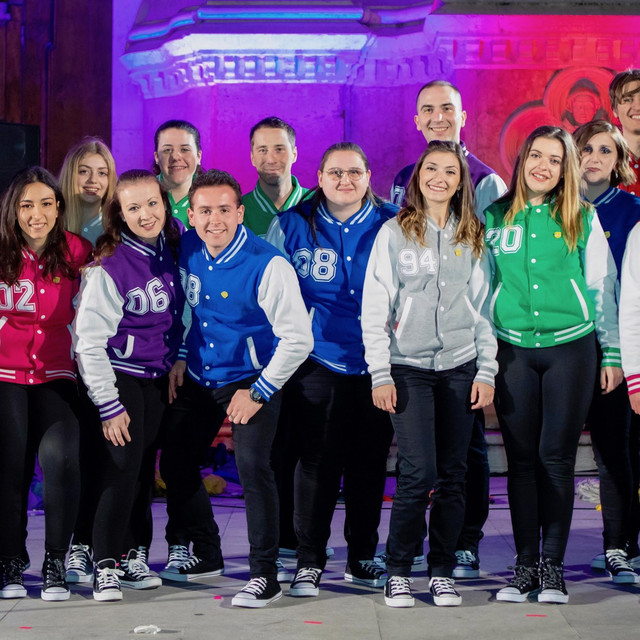 Le Verdi Note” (“the green notes”) is a choir founded within Antoniano, in Bologna, Italy, thanks to Mariele Ventre. Currently, consists of 25 members, between 16 and 30.   This choir has been active since 1989 to give the children of the “Piccolo Coro Mariele Ventre” (little choir Mariele Ventre) the chance to keep on singing.   Antoniano is one of the major producers of children’s music in the world and is actively involved in many solidarity and charity events all over the world. The most famous tv show produced by Antoniano is “Zecchino d’Oro”, the Italian children contest, recognized as the “Sanremo Festival” of the children.   “Le Verdi Note” has their own discography and since 1989 participates in Antoniano tv shows, such as “Zecchino d’Oro”, “Festa della Mamma”, “Lo Zecchino di Natale”, generally on Rai1 (RAI), the first TV channel of the Country.   In its long experience, the choir have worked with important artists, such as Biagio Antonacci, Nomadi, Cristina D’Avena, Massimo Ranieri, Heather Parisi and many others.   In 2016 the choir appears in the national music chart in the third place with “Il segreto (per Mariele)” sang by Cristina D’Avena, italian TV themes star, and launches the single "A un passo da te" during the TV Show "Lo Zecchino di Natale", on Rai1.   In 2018 “Traccia la tua rotta” is the event-song of “Estate Ragazzi”, the Summer Camps that engage every year over 20.000 children and youngs all over Italy.