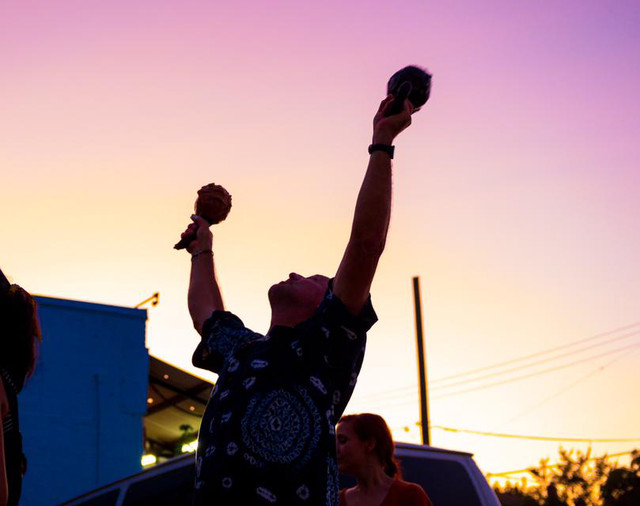 Polyphony Marimba is thrilled to celebrate ten years sharing joyful uplifting marimba music. Formed in 2010, the band has regularly performed across America, this summer being our seventh national tour. We have recorded three albums featuring the deep traditional music of Zimbabwe as well as brand new compositions, selling several thousand copies here and abroad.   Peter & Karyna Swing formed this acoustic ensemble in Santa Fe, New Mexico in the spirit of the original format Peter received from Dumi Maraire in the late 1980’s. Seven of the finest marimba players in the country join the Swings to complete the ensemble: Jesse Larson from Boulder, David Onstott from Santa Fe, Adam Halpin of Spokane, DeeDee and Tessa Wells of Joplin, Missouri, Branson Seamons from Coeur d’Alene, Idaho and Conrad Rice from Eugene, Oregon.   Polyphony Marimba is dedicated to being as authentic as possible in joining the Zimbabwean musical tradition, as well as adding branches and flowers of our own musical explorations. We have carefully honed this vision by playing every day on tour, from New York to Chicago, from St Louis to Austin; from busking on the street to performing in large festivals. It has been a challenging path but the spirit of the music truly compels us, and gives us wings to soar to ever new musical heights.