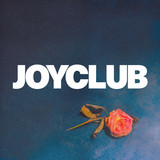 JOYCLUB is the collaborative musical effort from Brian Elmquist of The Lone Bellow and producer Justin Glasco. The project began taking shape as they traveled the world touring together for several years. Years of friendship provided an environment to take risks and get loud. Glasco, who now runs a studio in LA, typically has a roadmap in mind when producing a record. But with JOYCLUB, there was no pretense and no rulebook. They experimented with drum machines, found sounds and unfiltered inspiration to fully express these new songs. Through JOYCLUB, Elmquist had a place to process the realities he was facing head-on as he committed to maintaining his sobriety for the first time in his adult life. While these songs mark an important moment in time, they also hold universal truths. Community, vulnerability and resilience ring throughout these recordings. “Going Under”, the first single from JOYCLUB, was written shortly after a shooting in San Bernardino, CA. It’s a call to walk in someone else’s shoes, and to walk alongside people experiencing hardship with compassion and support. JOYCLUB's debut EP 'Just a Dream' is OUT NOW!