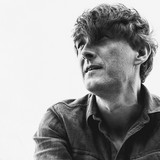 Barton Hartshorn grew up in the English village of the same name and spent his childhood listening to folk singers playing in the local clubs. The storytelling nature of these songs were to have a big influence on his own music as he blended it with the sound coming out of the pop and rock scene in the UK. After three albums fronting the band Dictafone whose last album “Home” was mixed in LA by Ken Scott (Beatles, Bowie, Supertramp, Lou Reed...), Barton returned to his folk roots with a first solo album “Headquarter café”, but it was during a year spent in Australia that “I died of boredom & came back as me” began to take shape. Drawing on influences from west coast American artists such as Joni Mitchell, Jackson Brown & Steely Dan, the songs took on a more Americana feel. Following European success, the album was released in the USA and Barton toured there twice in 2019. Armed with new songs written during his American tours, Barton went back into the studio with his band and recorded “Not what I was expected to hope for”, a return to his English pop roots but with his usual flair for storytelling.