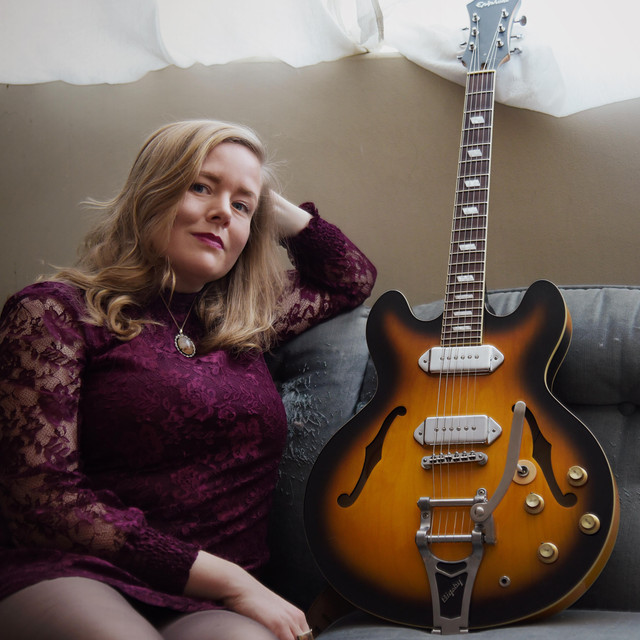 The search for beauty in the darkness. That is the focus Lindsey Walker chose for her impending second studio album 'thisdesolate bliss.' This album has been hungrily lurking for over a year, and now is the time for Lindsey to unleash it into the world. 'this desolate bliss.' is an undulating tapestry of dark brooding anthems and sensual hymns taking listeners on an cathartic tour through love, loss, fear, pain, joy, guilt, and ultimately strength. The album is sonically soulful, with a pulsing magnetic intensity to match the often achingly sincere lyrics. The sound is genre defiant in conventional terms – 'apocalyptic, cinematic roots-rock' is as close as it gets. Lindsey Walker has toured extensively as a solo artist in Canada with half her heart in Alberta, and the other in her hometown of Winnipeg. In 2013 Lindsey was nominated as an "Artist to Watch" at the Edmonton music awards, which heralded her debut album Our Glory with a sold-out crowd. Fans began to respond to the raw honesty and soaring vocal power of her music. Media followed, and IndieGogo featured her as a success story for her innovative engagement strategies. Our Glory found a national audience receiving airplay on CBC, and college and community stations from Vancouver to Halifax. Her eagerly anticipated new record 'this desolate bliss.' marks a bold new direction as Lindsey pursues a haunted shimmering evolution.