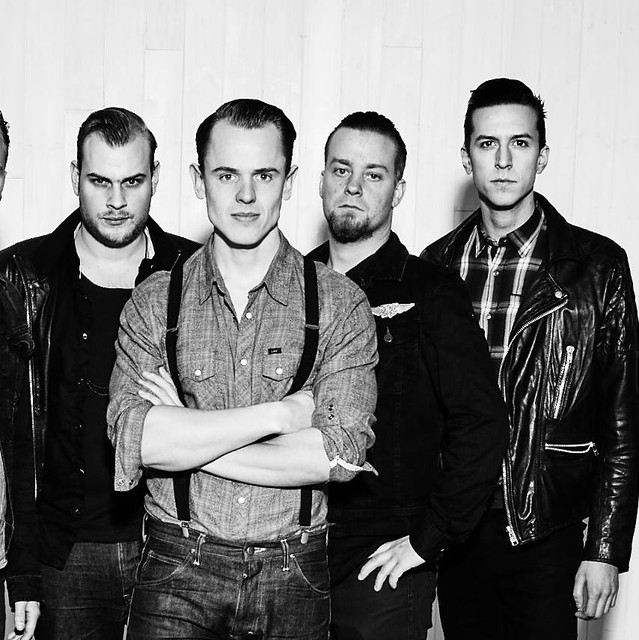 Top Cats originally from Värmland started bck in 2001. They have travelled and played gigs in every corner of Sweden. The band has spent countless hours on the road burning up 1000’s of miles with the same goal as from day one in mind. “To get up on the stage that night and perform in front of all their fans. Born and raised in the forests around Torsby Sweden the members of the band are, despite their young age, now seasoned veterans, having played Rockabilly and Rock’n’Roll since their early teens. The first time that Sweden really became aware of the Top Cats was through their participation in the documentary called -Raggarliv. A documentary about the Swedish cult called Raggar. This got the band a number of performances on Swedish television, an impressive list of programmes… Nyhetsmorgon, Grynets Show, Bingo-Lotto, Go Kväll, Världens Barn, Victoria-dagarna, and the Melodifestivalen (Eurovision) The Top Cats first album in 2012 “No More Heartache” went straight up to the #2 slot on the Swedish album chart and sold Gold. With the follow-up album in 2013 “Smashing To The Ground” Sold Gold as well, Top Cats scored their first #1 on the the Swedish album chart. In spring 2015 Top Cats released their 3rd album titled Kick Down. Their latest EP was released 2016 with the title “In The Middle Of The Night”.