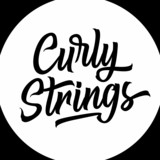 Curly Strings is an acoustic four-piece band that draws its inspiration from their own personal heritage in the current Estonian cultural space. Intense and playful ensemble work paired with a sincere presentation of their original music forms the main basis of Curly Strings’ soundscape. The band's rise in the Estonian music scene in 2013 was a phenomenon unlike any other: a folk music artist became mainstream by collecting national music awards and being the top seller in music stores for more than a year. They bring their unique Baltic take to the acoustic music world in combining the familiar with the unfamiliar, having catchy heartfelt songwriting side-by-side with folk music aesthetics, making them an exciting act to look out for.