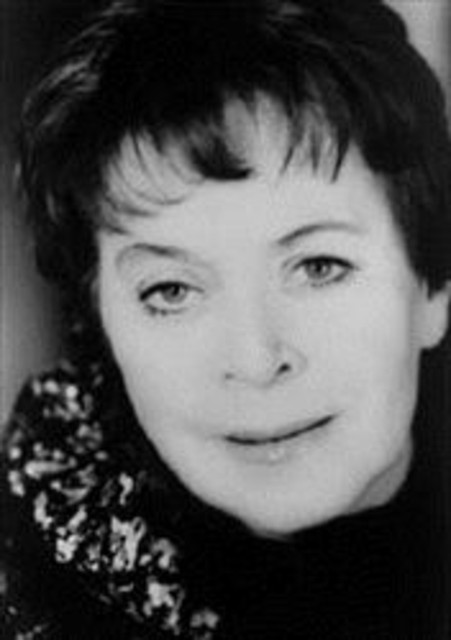 An artist of great intelligence and musical perception, Elisabeth Söderström grew from a promising young lyric soprano to a sovereign artist able to dominate a wide selection of lyric and spinto roles for three decades. Initially underrated (save by those who knew her well), she advanced to being the delight of many of her era's most distinguished conductors. Her recital repertory ranged through the great Austro-German composers, a fruitful assortment of Scandinavians, Benjamin Britten and other important English composers, substantial numbers of Czech and other Central and Eastern Europeans, and a clutch of Russians. She also had a penchant for parlor songs, sometimes slightly naughty. With a voice best described as attractive rather than ravishing, she managed to establish herself as a notable singer of Mozart and Strauss and her performances of Janácek's leading ladies were standard setting. Söderström's father was Swedish, her mother Russian. She trained with the celebrated coloratura soprano Adelaïde von Skilondz, star of the St. Petersburg Imperial Opera. After studying at the Royal Academy of Music and Opera School in her native Stockholm, Söderström made her debut at the age of 20 at the Drottningholm Court Theatre as Bastienne. She was subsequently engaged by the Swedish Royal Opera, where she remained a member for decades, singing such roles as Louise, Violetta, Mimì, Euridice, the heroines of Les contes d'Hoffman, Pamina, all three soprano principals in Rosenkavalier, Tatiana, and the eponymous characters of Janácek. Söderström made her Salzburg debut in 1955, singing Ighino in Pfitzner's Palestrina. She first sang at England's Glyndebourne Festival in 1957 and remained there for more than two decades, singing roles as light as Susanna and as heroic as Leonore. In 1959, Söderström made her first appearance at the Metropolitan Opera as Susanna. Evidence that management at the various venues she visited (the Metropolitan in particular) did not know quite what to do with her gifts was seen in the fact that in that very same year, 1959, she performed Sophie at the Metropolitan, Octavian at Glyndebourne, and the Marschallin at Stockholm. Only with later engagements did the Met understand her protean talent. In 1960, Söderström made her first appearance at Covent Garden singing Daisy Doody in Karl-Birger Blomdahl's Aniara with the Stockholm Opera. If the Metropolitan failed to capitalize on Söderström's abilities until a second round of engagements from 1983 to 1987, the rest of the opera world benefited during the interim from acquaintance with a singing actress of the first rank. Söderström's Australian debut came in 1982 when she performed one of her signature Janácek roles, Emilia Marty, in Adelaide. In addition to her appearances in contemporary works by Henze and Ligeti, she had become a welcome guest in Vienna and continued to flourish in the ensemble atmosphere of Glyndebourne, winning special praise for her Frau Storch in Strauss' Intermezzo and for the Countess in the same composer's Capriccio. Söderström's skills as a recitalist and concert singer were under continual refinement. Her recording of Beethoven's Missa Solemnis under Otto Klemperer was justly applauded, as was her role in Sir Simon Rattle's recording of Britten's War Requiem. Her winning presence in recital inevitably meant an evening of communicative singing. Her several volumes of Russian song recorded with Vladimir Ashkenazy added immeasurably to Western understanding of this rich, but too seldom performed repertory. Likewise, her explorations of Scandinavian song opened new vistas to those who heard her live performances and listened to her recordings.