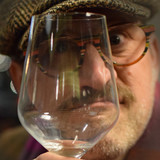 John Wheeler is best known since 2001 as the creator and frontman of Rockgrass cult band, Hayseed Dixie. He has also released three solo albums and one 5-song EP to date, on which the music is more piano and electric guitar based and rock and classical oriented rather than bluegrass or country. His most recent album consists of solo upright piano performances of "classical" French Impressionist drinking music by Claude Debussy and Erik Satie. Born a Capricorn in Nashville, Tennessee, John enjoys thoughtful walks through vineyards, painfully attempting to talk about existential philosophy inadequately in European languages other than English, and being "that guy" in the local pub who is pretty much always the last one out the door at closing time. He hopes to one day try skydiving on the Moon and to learn the answer to the question, "How do you make love stay?" John is currently recording a series of solo upright piano albums for staggered releases throughout late 2020 and 2021.