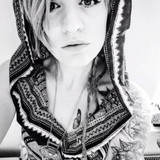 ZAIA are a British reggae band with a soul, folk and rock twist. Their unique fusion of deep, danceable, dub-wise rhythms and soulful vocal stylings has garnered support from heavy weights such as David Rodigan MBE and has received critical acclaim far and wide. Inspired by the likes of Bob Marley & The Wailers, Amy Winehouse and Etta James – along with a generous sprinkling of Celtic folk, rock, gospel and even drum 'n' bass – the band's sun-kissed groove is guaranteed to stir your soul and move the most reluctant of feet! ZAIA's first full length album was released in May 2017 and includes the tracks "Dark Days", "Fire in My Heart" and "Under the Tree" which have previously featured on Rodigan's BBC Radio 1Xtra show.