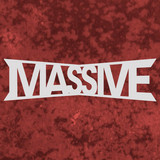 Massive are an Australian beer drinking, foot stomping rock n roll band. Influenced by Guns N' Roses, AC/DC, Deep Purple and Motörhead but also mixing newer influences of Foo Fighters & Green Day, Massive play big riffs, pounding drums and melodic sing along melodies, all while playing at 200bpm. Drinking beers and smashing ears is what Massive do best. Having exploded onto the scene in 2012, the band had a meteoric rise, signing an international record deal after just 40 shows. The debut album Full Throttle was released in 2014, it was originally given away free worldwide on the cover of Classic Rock magazine and with multiple billboards plastered across the UK. Massive began touring relentlessly supporting the likes of

Living Colour, Glenn Hughes, Blackberry Smoke and many more. The band’s second album Destination Somewhere was critically acclaimed, and reached top 20 in the Australian Rock charts. Google invited the band to perform in their HQ while Kerrang magazine identified the band as the next