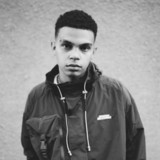 After cutting his teeth in the SoundCloud rap scene, Los Angeles rapper D Savage broke out directly after high school with a style that was melodic and airy but far from soft. He had a viral hit in 2016 with his very first song and continued to evolve on mixtapes like 2018's D Phoenix. D Savage was born Dylan McCord in Queens, New York in 1998 but soon relocated with his family to Los Angeles. When he was 17, he found himself in a friend's recording studio with time to kill, and on a lark laid down a song called "30 Round Clip." The song was the young rapper's first attempt at recording music, but when he posted it online under the name D Savage 3900, it quickly accumulated millions of streams. He continued posting singles this way throughout 2016 and 2017, striking gold with 2017's "I Know," a song that showed significant artistic growth from his scrappy first experiments with recording. He soon signed a major-label deal with a subsidiary of Capitol and in 2018 (known simply as D Savage) he released the D Phoenix mixtape. The project featured guest spots from Lil Yachty, Yung Bans, and Ty Dolla $ign, and generated more viral material for the rapper with tracks like "Opera." In July of 2019, D Savage delivered his first studio album, Trust No One. ~ Fred Thomas, Rovi