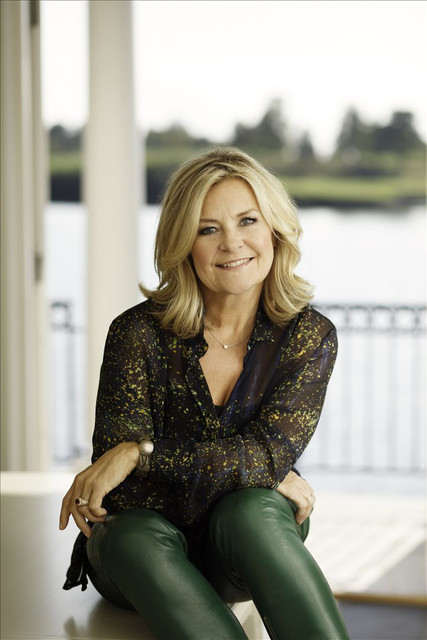 Among the most popular Scandinavian singers of her era, Elisabeth Andreassen rose to fame at the dawn of the 1980s and maintained her popularity throughout the remainder of the century and beyond. Over the years she sang a variety of different musical styles, from country and pop to musical theater and schlager, and perhaps most notably, she competed in the Eurovision Song Contest four different times, winning first place in 1985 as the representative of Norway. Born on March 28, 1958 in Gothenburg, Sweden, Andreassen is of Swedish-Norwegian heritage. While she later settled just outside of Oslo, Norway, she began her career in Sweden, moving from Gothenburg to Stockholm in 1980. She made her solo album debut the following year with Angel of the Morning (1981), a country-pop effort produced by Swedish composer Lasse Holm that spawned her first hit single, "Då Lyser en Sol." She had previously worked with Holm on the Mats Rådberg album I'm the Singer, You're the Song (1980). Around this same time, Andreassen joined the Holm-produced pop group Chips and appeared on the album Having a Party (1982). Chips were chosen to represent Sweden at the 1982 Eurovision Song Contest, Andreassen's first of four Eurovision appearances, and finished in eighth place with the song "Dag Efter Dag," a Top Five hit in both Sweden and Norway. She subsequently released the solo albums I'm a Woman (1983) and Elisabeth (1985), both pop efforts, and teamed up with Hanne Krogh to form Bobbysocks in 1983. The pop duo made its album debut in 1984 with Bobbysocks and experienced big-time success the following year with "Let It Swing," a chart-topping hit in Norway that charted in several other countries as well. Chosen to represent Norway at the 1985 Eurovision Song Contest, Bobbysocks won first place with "Let It Swing." The duo's follow-up releases, the album Waiting for the Morning (1986) and the single of the same time, were also chart-topping hits in Norway. After a final Bobbysocks album, Walkin' on Air (1987), Andreassen resumed her solo career, releasing the album Älskar, Älskar Ej (1988), and moved from Sweden to Norway. During the '90s she performed in a series of stage musicals and continued her stylistically varied solo career output, occasionally reaching the Top Ten with releases such as the greatest-hits compilation Bettans Beste 1981-1995 (1995). She also competed in the Eurovision Song Contest two further times: in 1994 with "Duett" (a duet with Jan Werner) and in 1996 with "I Evighet." After the turn of the century, Andreassen teamed up with Swedish vocalists Kikki Danielsson (also formerly of Chips) and Lotta Engberg in the supergroup Kikki, Bettan & Lotta to compete in the 2002 Melodifestivalen with the song "Vem É Dé Du Vill Ha." She also remained active as a solo artist, releasing albums including Kjaerlighetsviser (2001), A Couple of Days in Larsville (2004), Short Stories (2005), and Spellemann (2009). ~ Jason Birchmeier, Rovi