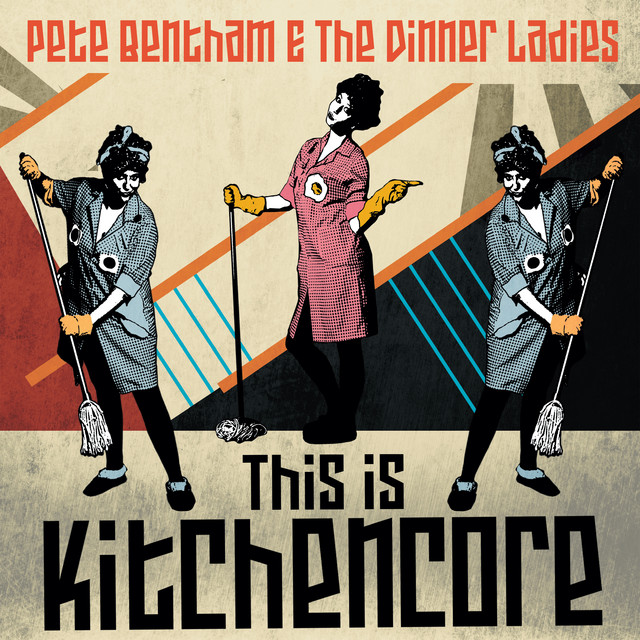 The Dinner Ladies are artpunks from Liverpool, UK. They play primitive rock and roll and sing about things they believe in. The band started in 2008, are part of Antipop Records of Liverpool and have released four full length albums and two vinyl EP’s. They have played hundreds of shows around the UK and Europe and festivals such as Rebellion, Great British Alternative Music Festival, Fire In The Mountain and Sound City. They are part of the European DIY underground scene and run their own regular events in Liverpool. This is Kitchencore! Pete Bentham – Guitar & Vocals Pete Andtwoveg – Bass & Vocals Sonny Rolling Pin – Sax & Vocals Tony Calzone – Drums Peggy Bread & Patty Cakes – The Dinnerettes “A socially aware style along with a theatrical panache and self-deprecating scouse wit, as well as the eponymous Dinner Ladies that bring an element of performance art into the mix, making them utterly irresistible" Punksite.com "Reminds us that protest music can still be fun" Bido Lito "They are truly the people’s band of DIY melting pot anthemic smart jagged Wilko-esque honking primitive kitchencore. Expect to be taken on an art-punk adventure. I bloody love them and their outré onslaught. Indefatigable, intelligent, irresistible. I’m in!" Dunstan Bruce (Chumbawumba & Interrobang!?) Loudersound.com