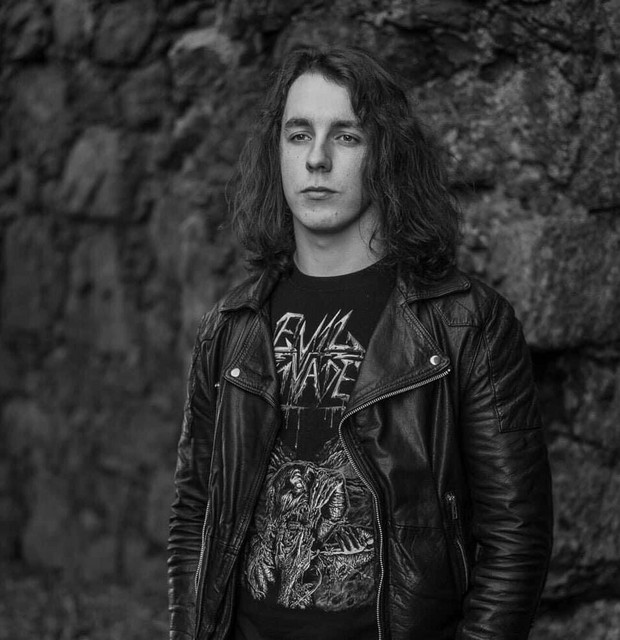 Hellripper is a Scottish one-man black/speed metal band influenced by the likes of Venom, Sodom, Darkthrone, Metallica etc. With the release of the debut EP 'The Manifestation of Evil' at the start of 2015, the band have made their statement clear... Total mayhem! 2015 and 2016 saw the release of an EP and couple of splits to positive reviews in the underground as well as the assembly of a live line-up. The band's debut album 'Coagulating Darkness' was released in April 2017 to acclaim in the underground as well as positive reviews from the likes of Metal Hammer and Noisey with the former claiming Hellripper to be “Scotland's King of the arcane mosh”. 2018 saw the the band sign to US-based record label 'Reaper Metal Productions' - a division of 'Hells Headbangers Records' and, the release of a 4-track EP in April 2019 through the label followed along with their first European tour in support of the release. At the end of 2019, the band signed a deal with 'Peaceville Records' and released their second album 'The Affair of the Poisons' in October 2020 to critical acclaim and led to the band's first appearance on the US Billboard Chart.