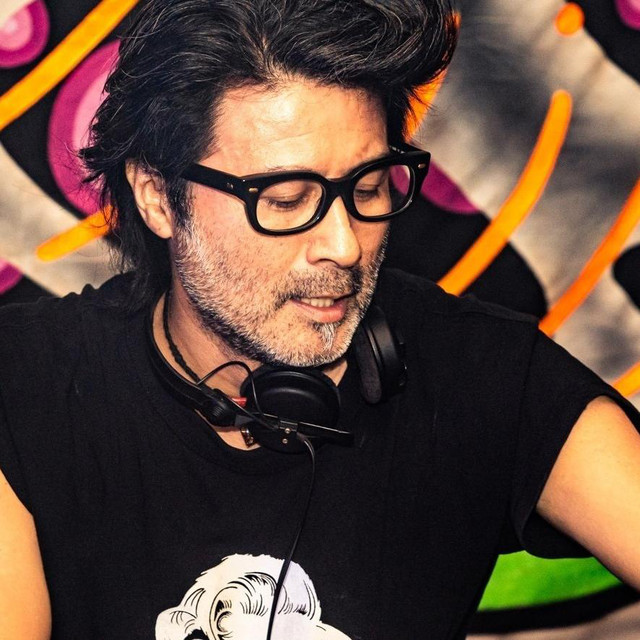 An internationally-acclaimed DJ and producer from Tokyo. At the leading edge of the psychedelic trance movement for a quarter of a century, he continues to thrill crowds all over the world with his uniquely focused style of mixing and psychedelic music selection. Life turned to music when he was exposed to the evocative and futuristic DJ’ing of KUDO

in Tokyo in the early 90s. Visiting India and immersing himself in the emerging Goa sound, formed the band Taiyo (later become Prana) with Nick Taylor. Moved to UK in 92 to found Matsuri Productions with John Perloff. He gained international popularity across the globe. Tsuyoshi’s influence extended into inspiring a collection of psychedelic clothing for the legendary Issey Miyake, designed by Organix, which involved DJing for fashion shows in Paris, Tokyo in 97. 2000 moved back to Japan shifted focus to a wider range of electronic and analog musical styles with a new label, Madskippers, while also organizing the regular event Tokio Drome. 2009 re-started Matsuri by rebranding as Matsuri Digital, working together with Yuta and other talented producers to bring the timeless Goa sound to a new generation. 2018 Go Ken debut EP released on HOMmega, while he continues to take label back to its roots with his compilations Sympathy in Chaos 4,