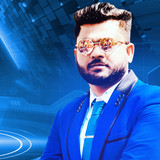 Ranindu Malinda Gamaethige aka 'MalindaG', is a Sri Lankan Singer, Songwriter, Musician, Social Media Activist, and a Creative Engineer. After his debut release 'The Gladiator Love' in 2014, he began gaining attention through YouTube along with the Despacito Sri Lankan Cover (Despacito The Sinhala Version) which was released in 2018.He is creating his music across different genres and his latest work is an EDM called 'Aa 'which was originally released in the first quarter of January in 2020 and the remix was done in 22nd September 2020 along with his born day. Stay Tuned with MalindaG for Speedy Updates.