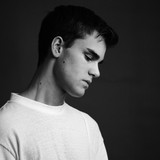 Enzo Ingrosso burst out the blocks late summer 2019 with debut single "Who Am I" feat Conrad Sewell. Performing at Miami Music Week for iHeart Radio, as well as their Remix Awards, week of release, the song entered the US Top 20 radio dance chart after only a matter of weeks. Play listed by the biggest commercial radio stations NRJ and Rix in his homeland Sweden, saw Enzo established as the new EDM superstar in the making. Merging flawless production with a striking knowledge of modern pop music, his forthcoming collaborations in 2020 are set to make him the most exciting newcomer in dance music.