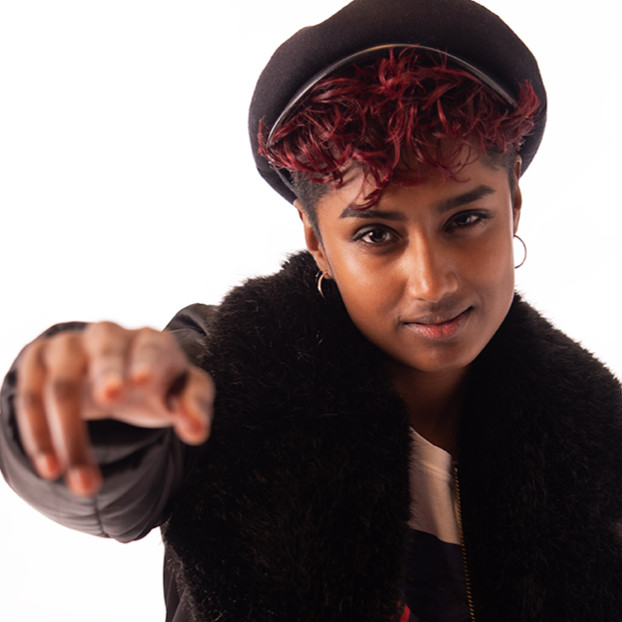 Ravy is a rapper, songwriter and dancer who combines rap, with pop, EDM, R&B blending it with traditional Indo-Caribbean music, and other genres. Ravy writes all her music and works closely with her producers Shafique Roman and Ruben Azziz to make dynamic tracks that leave a lasting mark on the music world. Ravy hails from The Hague, The Netherlands but has South American roots based in London. Born Rachel Manniesing, Ravy fell in love with rap as a child, learning to speak English fluently by listening to old school hip hop, cartoons and video games. Since 2009 she got invited by A&Rs from major labels such as Def Jam and DTP records and was involved in recording sessions with Needlz, R. City and Bobby Kritical. In 2019 she got invited as a support act to rock the stage together with DAMÉLOLA opening up for Chaka Khan at the Mighty Hoopla festival in London and performed as well in The Netherlands and USA. Inspired by Missy Elliot and Chris Brown, Ravy brings impeccable dance choreography to her music videos and performances, daring to showcase huge kinetic energy in everything she does.