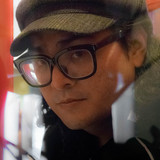 Hong Kong-based William Elvin offers an introspective, incisive and poignant songwriting voice, hopping in and out of quirky lyricism, folk-rock grit and elegantly romantic musical arrangements. Drawing from his experiences in creative writing, film and theater, William Elvin aims to provide his listeners with unique insights and perspectives through the art of songwriting. After almost two decades of being an independent artist, William is now signed under O/C Records Philippines. Over the years, his music has been described as “brilliant” and “soulful, propulsively melodic” by the Philippine Daily Inquirer and “theatrical but authentic” by ABS-CBN News, He has also been featured in major media outlets in Hong Kong, including RTHK (Radio Television Hong Kong), South China Morning Post and Apple Daily.