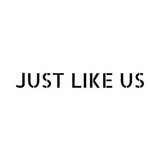 Just Like Us is a three-piece up-and-coming Irish pop band. Consisting of lead singer and guitarist Liam Óg Ó hOistín, drummer James Grealy and keyboardist Andrew Harding, they boast an exciting, energetic and eclectic sound which ranges from their breakout acoustic pop summer anthem ‘That’s Alright’ to the funky, dance-floor ready ‘Technicolor’. Bursting out of nowhere with a music video for ‘That’s Alright’ that hit over 50,000 views on Facebook and over a quarter of a million plays on Spotify, Just Like Us spent the summer playing various radio dates (including a Studio 8 session in RTÉ 2fm), a gig in Monroe’s Galway and an appearance at Electric Picnic 2018. Bolstering their popularity with two further singles, ‘Radiate’ and ‘Hey Baby’, Just Like Us ended 2018 on a high with a headline gig in the Grand Social Dublin. In 2019, they changed up their style with the disco-influenced and infectiously upbeat 'Technicolor.