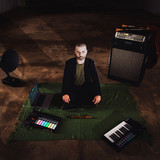 I'm a multi-instrumentalist and composer. Since I was a kid, I dedicated myself to constantly studying recorders, harmonica and bagpipes. I was a soloist at the "Notte della Taranta" for eight editions taking part in all the international tours of the Orchestra. From 2008 I have been part of the band Canzoniere Grecanico Salentino. Their albums gained huge success with the public and the critics, being reviewed by the most important Italian and international press (i.e. THE NEW YORK TIMES, THE NEW YORKER, BBC, THE GUARDIAN, LE MONDE). In 2011 I took part in Ludovico Einaudi's live album and tour "Taranta Project". In 2018 I released my first solo album: "Di zampogne, partenze e poesia" bringing it on tour in Italy and USA. My second solo album "Delayed" is scheduled for release on October 15th 2021.