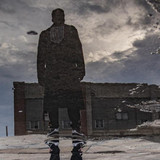 Jason Rayn is an up and coming artist who first discovered the Tune Around music program during his late adolescent that awakened a part of him that he never knew before. Music become a thundering passion for him and soon it was all he could think about doing. He began expanding his music into the rap world, where he performed in a plethora of rap battles over a three year span. Since the birth of his daughter, Rayn has moved back into the r&b and hip hop scene. His music motivation comes from his daughter and the desire to give her a better life. Rayn has been sprinkling his talent all of the United States and performed an electrifying show in California last year that left fans needing to see more of this new artist. He dropped a single titled “Live It Up” and the video showered the Coast 2 Coast Video Showcase and made a lasting impression coming in second place.