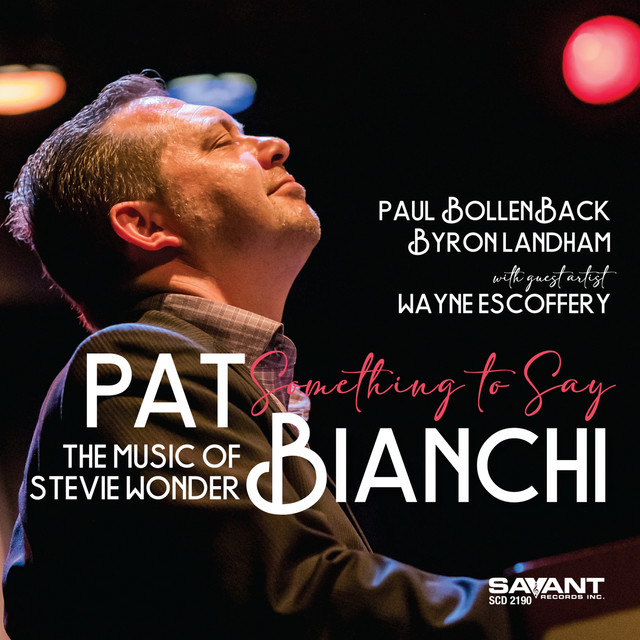 Website • www.patbianchi.com Email • manager@patbianchi.com Grammy nominated organist and winner of the 2016 Downbeat rising star poll, Pat Bianchi has established himself as one of the premier organists on the international scene today. His command of the instrument, harmonic prowess, rhythmic intensity and versatility are rivaled by few. Along with leading his current group, he performs regularly with jazz guitar icon, Pat Martino and also was a long time member of NEA Jazz Master, saxophone legend Lou Donaldson’s quartet. Born in Rochester NY, Bianchi comes from a musical family. He began playing organ at the age of 7 and was playing his first professional gigs by the age of 11. While in grade school, he enrolled in The Eastman School of Music’s preparatory program for piano and was being mentored by numerous Jazz musicians in Rochester. Bianchi continued his studies at Berklee College of Music (Boston, MA). Pat has had the honor of performing with such greats as: Red Holloway, Terell Stafford, Peter Bernstein, Joey DeFrancesco, Dakota Staton, Ralph Peterson, Tim Warfield, Chuck Loeb, Mark Whitfield and many others. He has released six CD's as a leader and is also a featured artist on over 30 recordings. His newest release, "In The Moment” reached #1 on Jazzweek Radio Charts and features an array of guests including Pat Martino, Kevin Mahogany, Joe Locke, Peter Bernstein, Paul Bollenback, Byron Landham and Carmen Intorre, Jr.