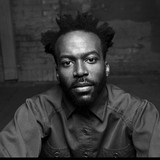 Josh Johnson is a saxophonist, keyboardist, multi-instrumentalist and composer. He has performed extensively with the likes of Jeff Parker, Kiefer, Makaya McCraven, Miguel Atwood-Ferguson, Leon Bridges and Marquis Hill. Johnson can be heard on records by all of these artists, as well as records from the Chicago Underground Quartet, Jeremy Cunningham (The Weather Up There, Mark de Clive-Lowe, Dawes, Dexter Story, Louis Cole and

Joshua White. His debut record “Freedom Exercise” (featuring Gregory Uhlmann, Anna Butterss and Aaron Steele) will be released later in 2020. Since 2018, Johnson has been the musical director, keyboardist and saxophonist for Leon Bridges, which has taken him to Europe, Asia and Australia. Highlights of his time with Bridges include sold-out performances at Radio City Music Hall, Greek Theater, and the Hollywood Bowl. As a composer, Johnson has written music for many of his own projects, including the bands Snaarj and Holophonor, in addition to writing music for commercial use. He recently contributed arrangements to Sara Gazarek’s album “Thirsty Ghost”, which was nominated for two Grammy awards. In 2015 Johnson was commissioned to compose an hour-long piece by the Los Angeles Jazz Society. His resulting multi-media work “UNREST” takes an unflinching look at the 1992 Los Angeles Civil Unrest, and was premiered at the Angel City Jazz Festival. Johnson currently resides in Los Angeles.