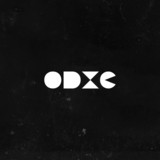 Noted for his unique production style, London-based ODXC (OD) is an up-and-coming Producer. From his ease of confidence behind the scenes to his aptitude in the studio and his creativity for beats, OD is unmatched for his perfect synergy between artistic sounds, catchy beats, and honed creative ability. His music is a combination of different genres and sonic aesthetics, most notably UK Rap, Hip-Hop and Drill, but his creativity is not solely limited to these particular sounds. Inspired from his childhood years of bustling music exposure, OD hails his inspiration from earlier influences of Afro and Soul, often listened to regularly by his parents, and derives his approach for beats from his exposure to old-school RnB, Hip-Hop, and Grime music, often played around the house by his siblings. His most recent studio release, "In The Dungeon: Chapter One" is a perfect example of this excellent creative balance, showcasing the artist’s personality, and his ability to make music and visuals that sets the bar higher in terms of personality and innovation. This release features the artists: Black Lotus GRP, Kaixari, Big Romes, Jibbzy, M3gg4, Koko Lé Darko & Mello Dee The project is going to be released with visual content to accompany the music. ODXC isn’t just a producer who has mixed and mastered the records, but also someone who curated a true visual experience. Starting from March 2nd, every week will be dedicated to each track and will run for a total of 5 weeks.