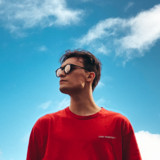 WTCHOUT is a 20 yr old producer from Hustadvika/ Norway. He began producing his own music when he was around 15. WTCHOUT is another addition to the Fl studio fanbase. WTCHOUT's love for music evolved when he started playing the guitar on his own. He always found himself creative, and decided to build upon his creativity when he started making his own music. WTCHOUT does not want to be pigeonholed by genres, therefore he explains that his next release will always be a surprise genre-wise. He is currently in the process of honing his skills within the genres. His goal is to have his sound recognized by his fans. As always, he will keep pushing his boundaries.