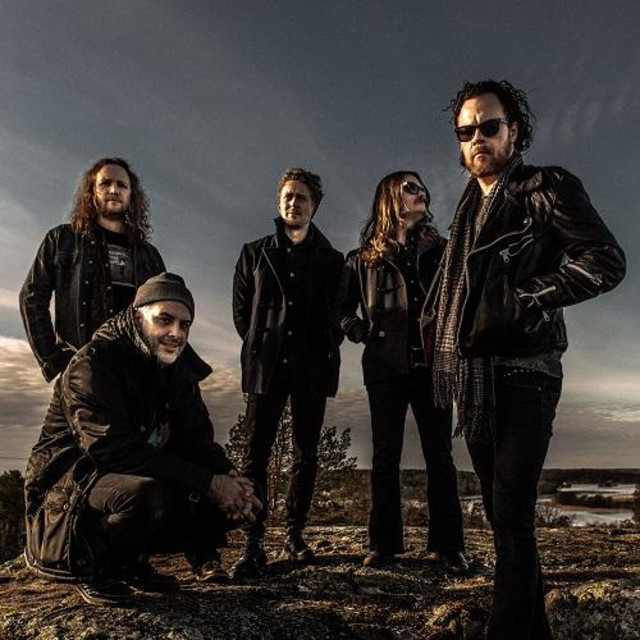 During 2018, one member turned gravely ill from Lemierre’s syndrome and a thrombose in the head. Anything could have happened. Fortunately, he recovered after being hospitalized in intensive care. Now VAK is back from the dead with "Loud Wind" produced by themselves and mixed and mastered by M. Lindberg (Cult of Luna). The members have a rich background in various bands and genres which is a great influence of the band’s original sound. Robin Skarin (keyboard) creates a mesmerizing approach to metal through the lens of his jazz background, drawing mainly from Keith Jarrett. Guitarist Ivan Rey’s input also stems from non-metal influences: “I was not really into metal before we started VAK, and I’m not into it now either. The most important thing is how we together are able to release the energy significant for VAK.” The sound of VAK is hard to grasp. Jesper Skarin (front man-vocals, bass): “We would be happy to tell people how we sound, but it’s tough. When five guys like us with different inspirations collaborate in our democratic fashion, the outcome is unpredictable and not reducible to single styles.” Inspirations range from acts like Radiohead, Tool, Mastodon, Genesis, Kate Bush, Rage Against The Machine, Breach, Neil Young and Soundgarden. Overall VAK create a very rough blend of hard rock music, but with intelligence and humor. A smiling listener is a good listener.