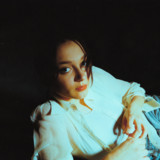 Grand like Lorde and sunshine-bright like Katy Perry, singer/songwriter Daya first climbed the charts as a 16-year-old high school junior. Born Grace Martine Tandon -- "daya" is the Hindi word for "grace" in a nod to her Indian grandfather -- and raised in the Pittsburgh suburb of Mount Lebanon, she began taking piano lessons at the age of three, and moved on to voice lessons at the age of ten. Songwriting came later, and in 2014 she signed with the Z-Entertainment label based on her demos. A year later, her single "Hide Away" took off thanks to early adopters like Tyler Oakley, Perez Hilton, and other bloggers. In 2015, Daya issued her debut self-titled EP on Artbeatz. Both "Hide Away" and the follow-up single "Sit Still, Look Pretty" rose to the Top 50 of the Billboard Hot 100, with a number 14 debut on the Heatseekers chart. She later contributed vocals to the Chainsmokers' 2016 summer smash "Don't Let Me Down" (which went on to win the Grammy for Best Dance Recording). Daya's debut, Sit Still, Look Pretty, was released later that year. The album peaked at number 36 on the Billboard 200. In 2017, she appeared on the Gryffin and Illenium track "Feel Good," later releasing her own singles "New" and "Safe." Early 2019 saw the release of "Insomnia," the lead single from Daya's forthcoming sophomore album, with the electro-pop banger "First Time" arriving the following year. ~ David Jeffries, Rovi