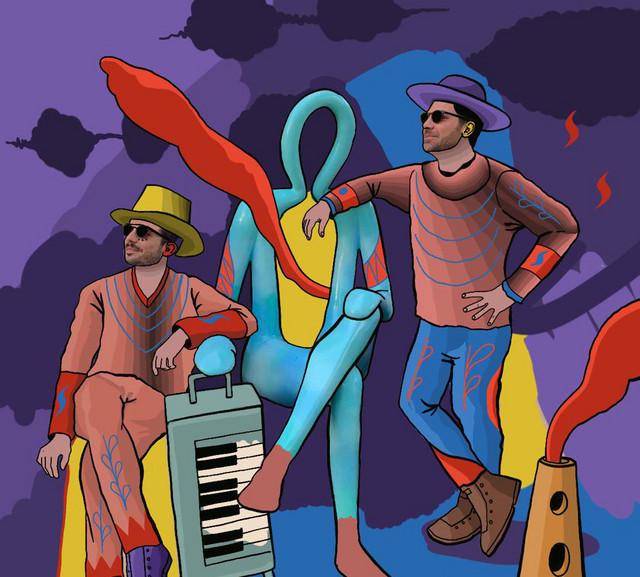 Kermesse is a duo from Buenos Aires, Argentina. Pedro and Gurtz, became friends traveling and playing music with previous projects. In 2015 they found the moment to merge their ideas into a new aesthetic.   Their sound could be described as effervescent, colorful, with a catchy groove product of the fusion of electronic sounds with instruments and vocals.   They released on labels such as The Magic Movement, LNDKHN, Kamai Music, Serafin Audio, and more.   Building a strong connection to the scene, Kermesse remixed or has been remixed by artists like Acid Pauli, Mira & Chris, Iorie, Dandara, Noema, and more.   Their songs have been played by many DJs and producers and their kaleidoscopic live set has taken them to cities such as Berlin, Zurich, Moscow, Sochi, TelAviv, Beirut, Istanbul, Mykonos, Amsterdam, Ibiza, Barcelona, Santiago de Chile , among others.