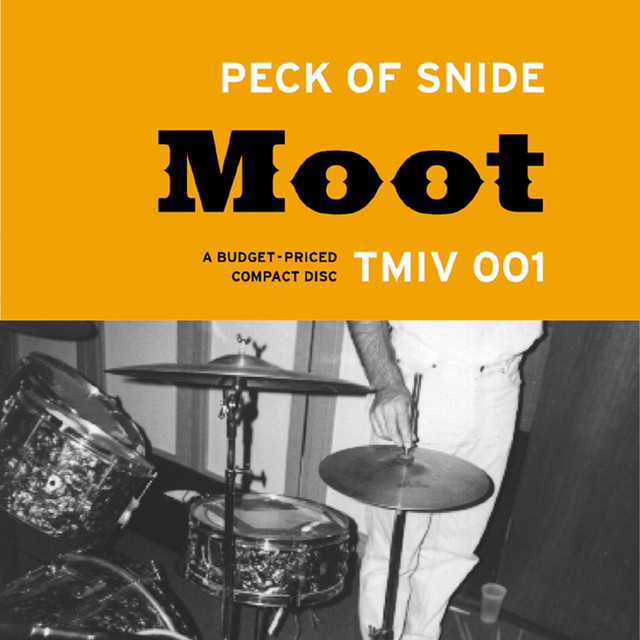 Peck of Snide formed in the Chicago area in the mid-to-late 80s, and lasted until 1991. In that time they produced a single for Fred Anderson + Ric Menck’s Picture Book label, and recorded the tracks that would eventually be released as the “Moot” CD on the TMIV label in 1997 (said collection has been repackaged and re-released by Old 3C Records). The boys came from various musical backgrounds. Jerry Schweigert had played in the Nines, an early 80s band from Champaign, IL featuring Paul Chastain (who would later pair-up with Ric Menck in the legendary Velvet Crush). Mike Ritt played in a college band with members of Young Fresh Fellows. Steve Lindstrom was known to jump onstage and sing with Champaign’s the Vertebrats during his college days. Paul Nini came to Chicago in 1986 to go to grad school, after stints in Columbus’ Househearts and Great Plains in the early-to-mid 80s.