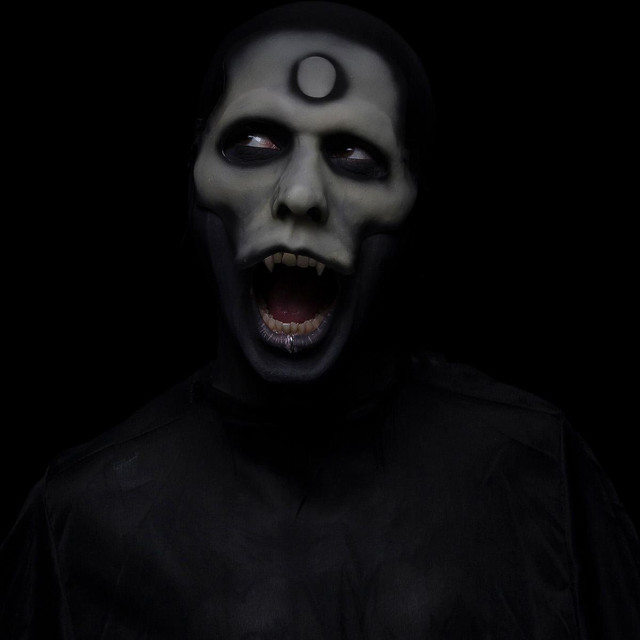 The Duke of Spook has returned once more from beyond the grave to reveal the “NECROPHAZE!” This latest full length offering from the ghouls of WEDNESDAY 13 will be available on September 27 2019 via Nuclear Blast Records. Heavily influenced by the real night terror occurrences of Wednesday himself, historical serial killers & a slew of 80’s horror films, the ideas behind NECROPHAZE are bizarrely familiar, frightening, & a hell of a lot of fun. While still consistently horrifying, this new album certainly carries with it a more humorous sentiment than its gloomy predecessor (and 1st album with Nuclear Blast Records), “Condolences” (2017). Songs like “Bring Your Own Blood (BYOB),” clearly a play off the phrase “bring your own booze,” manage to intertwine opposing ideas of the blood sucking undead w/ a teenage house party. “In every 80’s horror movie there’s always a party,” Wednesday chuckles, “so we wanted to get that vibe. The title made me laugh so we wrote a song that’s sort of a more violent ‘Monster Mash.’” The 1st single “Decompose,” which was initially written by drummer Kyle Castronovo, and was also the first song/demo brought to the table, is like a catchy anthem for the idea of “I know you’re dead, but I really wish you could be deader.” Recording & mastering by Michael Spreitzer; producer, engineer, as well as the long time guitarist of DevilDriver. Dropping just in time to enjoy on Halloween, creepsters of the night, prepare yourselves, to ENTER THE NECROPHAZE.