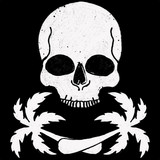 Resistors started in 2012 with aging ex-members of way too many bands to list. The band grew out of the 1990s melodic punk that they cut their teeth on and their shared progressive political beliefs. They have been compared to Good Riddance, Rise Against, and Bad Religion, except without all of the success. The band tried to break up after releasing their third record, Drag but received a shot in the arm in November of 2016. Once dormant, the members of Resistors found themselves angry and energized enough to write and record a new EP the week after the US election, and released the well-received This Can't End Well two months later on inauguration day. Resistors have been active since, frequently releasing new music and playing shows in the US. Their most recent self-titled EP is some of their best work yet, setting the stage for the next decade of obscurity.