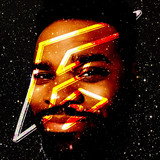 Foxarocious manipulates a multiverse of sounds to form a unique blend of electronic and alternative hip hop musical elements with an orchestral flair. As he clumsily pilots his “borrowed” spacecraft through the galaxy, his Earth-1 counterpart (Memphis-based artist/ producer/eclectic Jonathan Wilson) navigates worlds both audio and video in his own fight against apathy in a determined bid for financial self-reliance.

Outside of creative work, Jonathan is an avid enthusiast of “geek culture”: including comic books and their movies, video games and western/eastern animation. Though separated by parallel realities, both Rocious and Jonathan are dedicated to manifesting a more diverse and multifaceted media landscape. ------------------------------------------------- Foxarocious is an online video creator from Memphis, TN who has been making multimedia content since 2007.