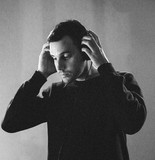 Josh Cohen is a pianist residing in Melbourne, Australia. More than a decade of classical tuition that later diverged into jazz and improvisation underscores Josh’s sound and playing but it is the space, simplicity and intensity of emotion that fundamentally drive his arrangements and compositions. Josh found musical solace from the competing constraints of his training through a meditative and highly improvised approach to playing some of his favourite songs in endlessly evolving and creative ways. This exploration was the impetus for his YouTube channel, where he has presented idiosyncratic covers of Radiohead, Pink Floyd, Sigur Rós and David Bowie. Josh consistently embarks into unknown territory despite the familiarity of the songs, and it is this combination of comfort and surprise that has resonated with listeners, garnering millions of views and instigating deeply personal commentary from listeners around the globe. In 2019, Josh released his premiere songbook ‘Radiohead for Solo Piano’, containing band-approved arrangements as well as artwork by Radiohead artist Stanley Donwood. Josh’s latest EP Life Drafts exposes his creative process in a selection of raw and contemplative improvisations recorded on his phone.