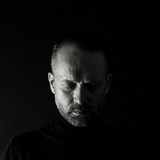 Zoltan Sebestyen is an Eastern European storyteller/songwriter & bass player. An enigmatic artist with a sensitive lyricism, his songs are built on poetic lyrics with a strong spiritual dimension. Yes We Do is his first project. Its debut album, The Missed Sanctification got released in 2015 - it's an Alternative Metal album with lyrics that permeate the most intimate areas of the self. ZØLTAN is the second project of Zoltan Sebestyen, an Art Pop project with poetic lyrics. With its debut single, Daca dragostea e oarba (If Love Is Blind), he participated in the Romanian national selection for the 2018 Eurovision Song Contest and he made it into the semi-finals. Later in the same year he released Sunt aici (Here I Am), as a declaration of intention. December 6, 2019 marks the release of Black Christmas, the first single from a 5 tracks Ep. This song speaks about the dark emotional ride of someone who remains alone for Christmas and has to battle depression and even sucidal thoughts. Black Christmas could be 'the little brother' of Szomoru vasarnap (Sad Sunday) (composer: Rezső Seress) / Gloomy Sunday (a version by Billie Holiday), but there's an essential difference: in Black Christmas the main character takes a stand against sinking in the arms of despair. August 21, 2020 marks the release of Hey World the second single from a next Ep. Through its video it reflects on the need for perseverance & resistance on the part of independent artists in the Covid-19 context.