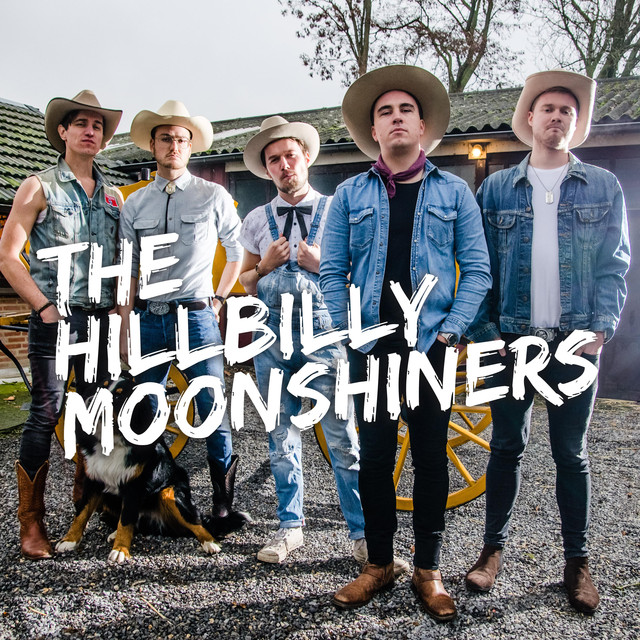 The Hillbilly Moonshiners are a contemporary bluegrass band playing your favorite tunes from today and back in the day. That’s right, folks: The Hillbilly Moonshiners drench your dearest radio hits in some dirty Louisiana swamp water. Heehaw! These five greasy, ungentlemanly Southerners (or Rednecks, if you will) like to have a good time, Bayou-style. Relive classic tunes by artists like George Baker, Bon Jovi, Michael Jackson and Stealers Wheel, and party to modern day hit songs by The Weeknd, Miley Cyrus, Beyoncé, Mumford & Sons, and the like. So, gulp down your homebrewed, vitamin-rich moonshine (you know, the type that made your cousin Wade go blind!) and shake that ass like it’s the Summer of 69! 2019 years after the year of our Lord, The Hillbilly Moonshiners have played at over 300 different venues over the course of their 4-year existence! Would you believe that?! They played bars, theaters, music festivals. They shared the stage with the Steve ‘N’ Seagulls, Kasabian and many others. They performed at the Veszprém and Sziget festivals in Hungary, did a show at the Dutch Paaspop Festival and multiple shows at Zwarte Cross, and sold out a multitude of their Mumford & Sons tribute shows at some top-of-the-line venues including Hedon Zwolle, Metropool Hengelo and Muziekcentrum de Bosuil Weert.