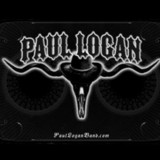 Paul Logan, a seventh-generation Texan, has been performing around the Lone Star State professionally since age 16. He has released two albums, and has received critical acclaim and Texas airplay, as well as European airplay in France, Belgium, Denmark, and more recently, The Netherlands and Scotland. His music is authentic; described as Texas Music - Country / Americana / Honky-Tonk / Progressive Country. Logan was hand-picked by the City of Austin to perform the main stage of Austin Bergstrom Airport on Texas Independence Day. In the 80's, he was a member of "The Diamondback Band" in Kingwood, along with songwriters Scott Walker and Davin James. In the 90's, he fronted the bands "Texas Questions" and "Rodeo Mosquitos" in Huntsville. Logan has called Austin home since 1995, and has recently played guitar for Shelli Coe - daughter of David Allan Coe - appearing on her new album. He also appeared on a live video performance with Scott Walker and "The Edge of Texas Band". He's played nightspots and festivals from Beaumont to Big Bend and beyond. The Paul Logan Band opened for Jerry Jeff Walker for Miller Lite at the Houston Livestock Show and Rodeo, and has also opened for the likes of Ray Wylie Hubbard, Rusty Weir, Johnny Paycheck, and many more. Logan has been married over twenty-five years and has two sons, one who recently served in the US Marine Corps.