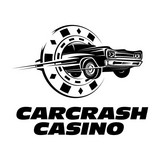 Carcrash Casino are a four-piece guitar band from London. They’re influenced by a wide range of genres: British guitar pop, post-rock, prog, and indie - with the urgency and melody of The Who and The Jam. In the summer of 2017, the band came together at the request of a mutual friend to perform at a birthday party. A hugely successful gig highlighted the potential of the band and spurred the permanent forming of Carcrash Casino. The band is comprised of singer-songwriter & guitarist Jon Hunt - a solo artist with three albums and an EP under his belt; bassist Simon Hudson - also bass player for The Smyths, the acclaimed number one tribute band for The Smiths; guitarist Andy Adams - former drummer of Seventhson

and guitarist in Kids & Pets; and drummer Huw James - former drummer of Kids & Pets and The Jaykies. After some gigging and studio time, they released their first single Don't Make Me Laugh, a jaunty little power-pop number. Tom Robinson of BBC 6 Radio 6 Music played the tune three times - once on his prime-time Saturday evening show calling it 'probably his favourite record of the week'. The debut album Nobody Knows More About Carcrash Casino Than I Do was released in December 2020 to hugely positive reviews. It's a compact set featuring 8 tracks of quintessentially English swaggering indie rock and catchy pop hooks, and a perfect introduction to Carcrash Casino. http://www.carcrashcasino.com/